More than 80% of the global population lives in areas at risk of at least one major Vector-Borne Disease (VBD), with more than 700.000 deaths at a global scale (WHO, 2020). Mosquitoes are the protagonists of these vectors, transmitting pathogens to living beings with the most important being the Mosquito-Borne Diseases (MBDs) in Europe, namely West Nile Fever linked to Culex mosquitoes, Malaria linked to Anopheles mosquitoes and Chikungunya, Dengue and Zika linked to Aedes mosquitoes.

There is a constantly increasing need to innovate on how the continuous threat of MBDs are confronted, treated but most of all foreseen. This gave birth to the idea of EYWA, an integrated and contemporary EarlY Warning System (EWS) for MBD, which utilizes state-of-the-art AI/ML technologies and furthermore assimilates big EO data and geo-spatial information, embodying a complete, adaptable (scalable, and replicable) and operational European EWS. EYWA offers operational and pre-operational services for MBD outbreak (TRL >7 up to 9) in five countries (France, Germany, Greece, Italy, Serbia).

Under the e-shape pilot EYWA will seek to further augment the database of entomological data from non-European territories and evolve the suite of predictive models to include non-European areas where the climate conditions are very different to those found in Europe. This will help make the model predictions even more robust in the face of different inputs. Furthermore, there will be an assessment of the combined accuracy gain of the mosquito abundance model MAMOTH with the dynamic epidemiological model MIMESIS for the West Nile virus (WNV) risk.

All relevant communities that are involved in the control of Vector Borne Diseases:

Pathogen data that are collected in-situ 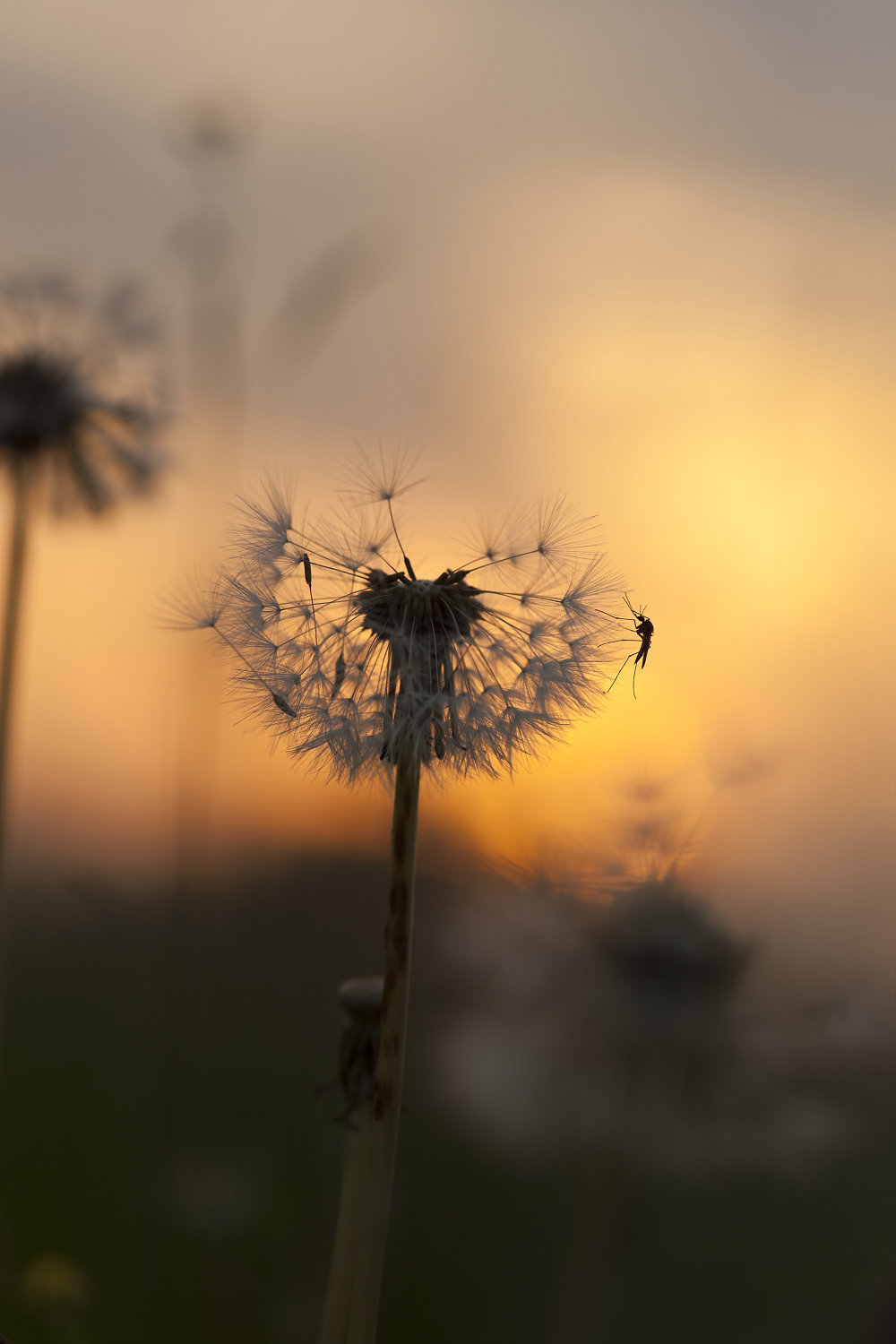 Expected outcome of the pilot

The final outcome of the pilot is two-fold. The first expected outcome is an enrichment of the EYWA project database with data from non-European sites, which will also be used to adapt, train and evaluate the epidemiological and entomological models. A second outcome is the investigation of the synergetic usage of the entomological and epidemiological models.

Timeline of the pilot

The EYWA platform has already an established version of the project up and running. For the objectives of the pilot, we expect to have access to the data from the non-European site early in 2022. Once the data are retrieved, they will be ingested in the platform and the team will start training and adapting the entomological and epidemiological models, for the remaining timeline of the pilot.

Nature of the outcome

The data and predictions will be released via the existing EYWA platform which will be enhanced.

The EYWA platform is accessible via the web to any user. Parts of the platform related to data with limited general availability will be accessible only to authenticated users.

The EYWA platform can help the user communities in a number of ways. Given the inclusion of the new datasets and model predictions, Public Health Authorities in the supported countries will have another powerful tool in their arsenal when designing mosquito control programs, since the platform can provide a visual historic overview of the number of mosquitoes in each site. Additionally, they can use the model predictions for mosquito abundance and risk of mosquito borne diseases to help assist their decisions on which areas should be prioritized their programs.

The same services can also be used by the vector control companies, in conjunction with the Public Authorities that design the mosquito control programs, as to more effectively design and coordinate their programs.

Impact on the EO community at large

EYWA as a voluntary action has already established an early warning system that works by utilizing, principally among others, Earth Observation data. Through its proposed expansion to non-European sites the pilot aims to prove that Earth Observation can quickly transfer the established models to regions with different climatic conditions, thus providing strong evidence for the usefulness and effectiveness of the EO technologies and their community.

EYWA builds on the open data policy and offers freely most of the tools and technologies but also the generated products for further exploitation, testing and scientific use by the users and stakeholders worldwide. 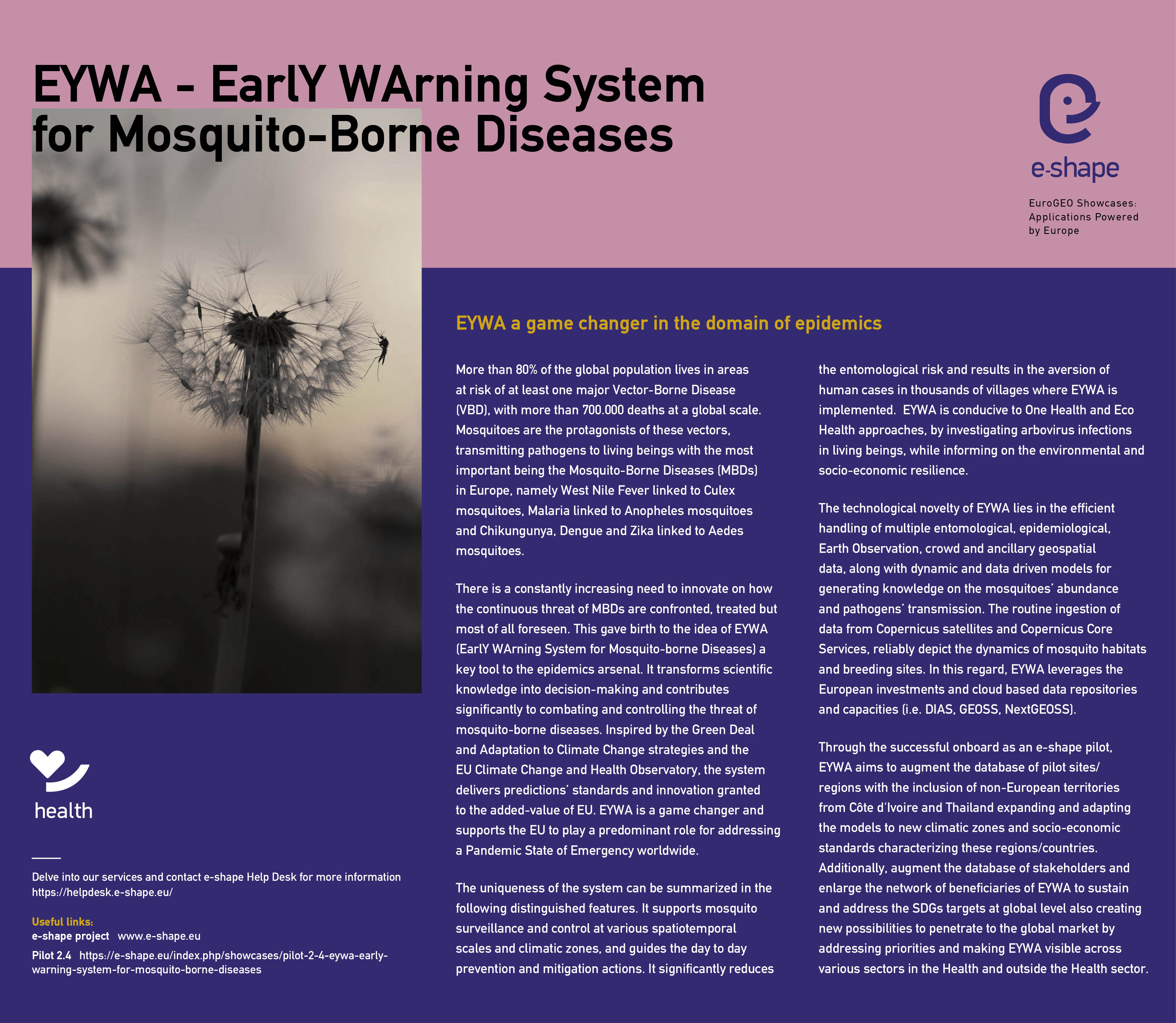 Referencing the pilot in GEO/GEOSS

EYWA's team, works under the flag of EuroGEO Action Group “Earth Observation for Epidemics of Vector-Borne Diseases-EO4EViDence", and brings together experts with long-standing devotion to matters relevant to the EWS development needs.

Stay in the loop !