The case study about our pilot EYWA was developed for the European Climate and Health Observatory of the European Environment Agency, entitled “Managing mosquito borne disease through EYWA: an European tool to support public health authorities in preventing epidemics”.

The EYWA Early Warning System is based on a plethora of satellite and in-situ data and state-of-the-art technological tools. The primary role of the system is to inform the activities of the National Public Health Organisations, Vector Counter Actors and citizens. The specific goals are: (i) enhanced health and healthcare systems' preparedness and their ability to detect, monitor and control current and future public health threats; (ii) optimised mosquito control, by supporting intensive entomological and epidemiological surveillance and taking preventive measures to curtail the spread of MBDs in Europe; (iii) improved information for the European citizens about the complex health problem of MBDs.

In more detail the overall EYWA objectives are: 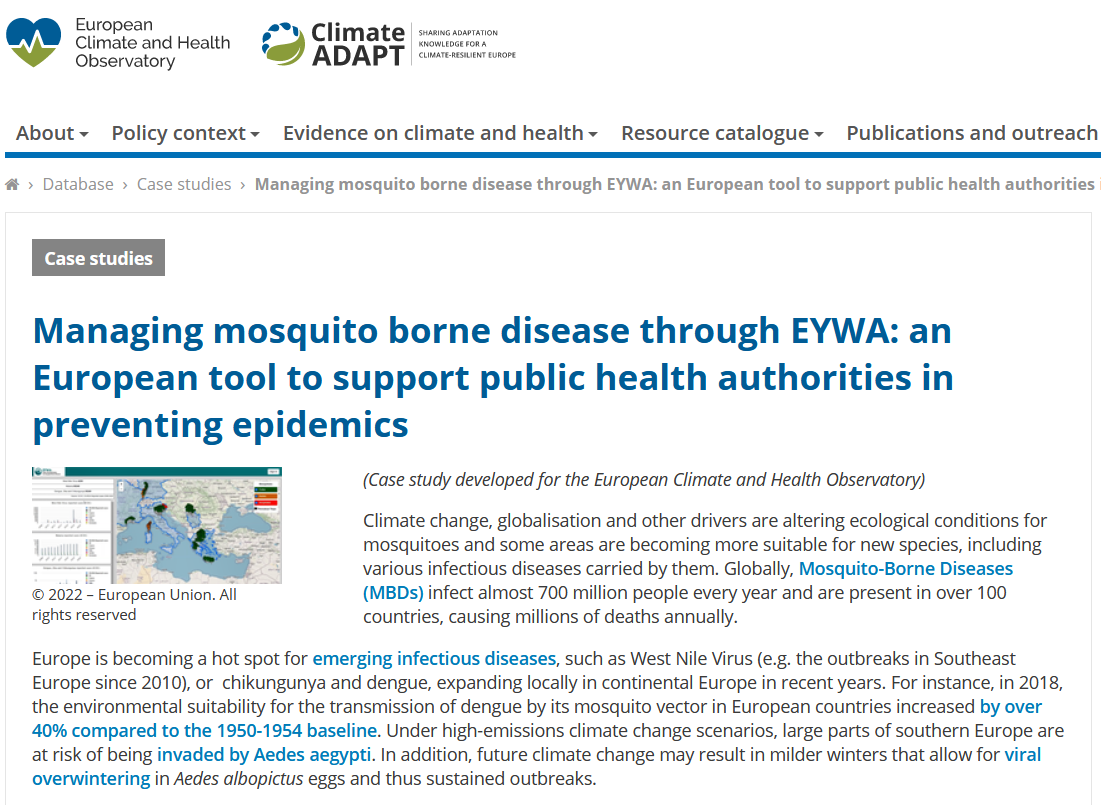